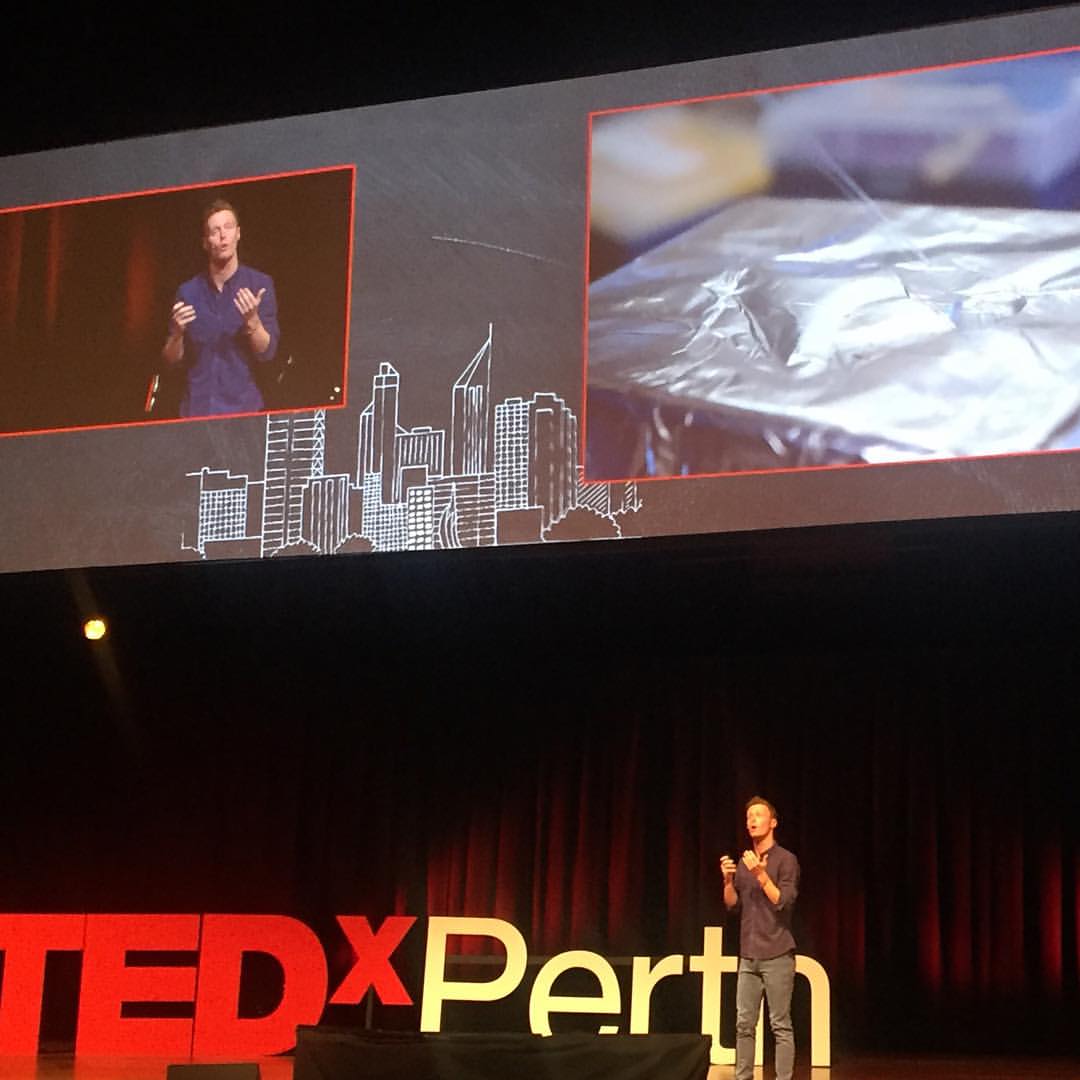 For the fourth time, TED has come to town, or rather ‘TEDx’ – the independently organised TED event run by volunteers. As always, it was a sell out.

I made it down by tea time to hear the last 3 speakers, and the chat around the Concert Hall was of another terrific day, full of eclectic talks on all manner of subjects.

TED talks were established in 1984 and usually involve a single speaker. Talks can be no longer than 18 minutes and must be under the umbrella theme of ‘Ideas worth spreading’. What a great tag line – says it all.

The subject matter can be as broad as the presenter’s imagination, with topics ranging from mental health to astrophysics to experimental music to rock formations.

TED itself is a not-for-profit organisation and, now in its fourth decade, has become a global phenomenon. Beyond the official TED conferences, with ticket prices reaching $US6,000 or more, there are the independently run TEDx events, organised by volunteers and priced under $100, and thousands of talks shown for free on the TED.com website.

The first official TEDxPerth event ran at the Octagon Theatre in 2012, and was a sell out. Attendees received 12 talks on a variety of subjects from 12 Perth locals, including meals. It’s like food for the brain.

TEDxPerth has sold out every year since (tickets are usually gone inside a day), prompting the move to the larger Perth Concert Hall in 2014, which is where TEDxPerth was held again this year. The audience was a mix, but I’d say the vast majority were 20-somethings.

All TEDx presenters are carefully coached beforehand, with the talks being filmed live on stage. Some are then selected for main TED.com website. The first TEDxPerth talk to garner global recognition in this way was from former Business News 40under40 winner Hamish Jolly with his 2013 ‘Shark Suit deterrent wet suit’ presentation, which has attracted more than 2 million online views to date.

Some of the most popular TED talks of all time include Sir Ken Robertson’s 2006 talk, ‘Do schools kill creativity?’ with 35 million views, (spoiler alert, the answer is an unequivocal ‘yes’), and Simon Sinek’s 2009 presentation ‘How great leaders inspire action’ (24 million views and a must for anyone in a leadership position), which told organisations how to ‘find their why’.

My favourite talk I saw on Saturday was Callum Ormonde’s “How to unboil an egg” – see picture above – well, that was not the title, but it might as well have been. The  PhD student made his discovery in an expected way during a late night at a UWA lab. As far as I can understand it, his centrifugal (vortex fluid) device could unpack proteins so, for example,  a cooked egg would return to its previous liquous state. “Surely that’s impossible,” he mused, “you can no more uncook an egg as you can unring a bell.” But he did it, and he showed a video of the thing actually ‘uncooking’ before your eyes.

For this he won the Harvard ‘Ig Nobel Prize’, the light hearted (yet serious) award that “makes you smile then think”. His vortex device has a more noble goal of developing new cancer treatments, making nano-drugs deemed impossible to date using traditional methods. #GoCallum

Why most new products fail