In an era of self-publishing, you might expect to find some local West Australians broadcasting their views via the channel of podcasting.

I’ve been listening to, and in some cases have been a guest on, some of these pods. Some of the magnificent 7 highlighted here have been podcasting for years, some are relatively new to the game, but all are professionally put together and are (in the main) a joy to listen to. In each case, I can tell you that I have met and know the people involved. They are all producing them (for free) for the right reasons – to educate, interest and in some cases probe the listener.

No doubt there are many more people podcasting away in WA. In a search for others, I found a plethora of church podcasts (over a dozen) and quite a few that had been seemingly abandoned. The ones I highlight are all podcasting away frequently, once a week in most cases.

Before I get to them, here’s a brief history of podcasting…

The term was first coined by a British journalist back in 2004, a year after the iPod came out – so it’s a blend of ‘iPod’ and ‘broadcasting’. In fact, ‘audioblogging’ as it was known before, started 15 or more years earlier in the mid 1980s, with the humble beginnings of the world wide web. It was a quiet, slow burn for the most devoted during the 1990s, until the new millennium dawned and the advent of easy to use audio web players.

As an activity, podcasting took off in the mid 2000s with the iPod revolution (‘1000 tunes in your pocket‘), but then fell away as we all jumped onto video sharing (with the rise of Youtube) and the distractions of social media. The fact that pods were only audio saw them lose out in the popularity stakes to the wilder, visual treats of Facebook, Twitter, LinkedIn and the rest.

Ten years on, and podcasting is now making a come back. Between 2013 and 2015, the amount of podcasts on iTunes doubled. By 2015, there were a billion podcasts subscriptions – the average person subscribes to 6. One in three US citizens listen to podcasts, 67 million of them monthly. 52% of podcasts are listened to at home, 18% in the car. 85% of all podcasts are listened to through to the end, or mostly the end.

I find podcasts fill that otherwise dead time commuting to work, driving in the car or doing the gardening. Yes, as I’ve written about before, it’s good to let the brain declutter, but listening to a podcast is also a great way to learn and engage the brain. I subscribe to a whole host of different pods from around the world, on such varied subjects as philosophy, biographies, sport, satire, business, design, technology, history and politics. It’s radio on demand, and you can consume a tremendous amount of free and interesting content on almost any subject under the sun. Perhaps, I will share some my world wide favourites in another post. For now, let me describe, and humbly invite you to subscribe, to these 7 local podcasts, which I think you will find are well made, and great to listen to… 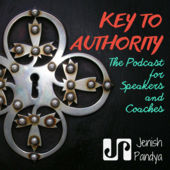 ‘The Road to CEO’, and ‘The Key to Authority‘ from Jenish Pandya

If there is someone in Perth who has most inspired me to become interested in podcasting, it is Jenish Pandya. One of the nicest guys you’re ever going to meet, Jenish has already concluded his fantastic ‘Key to Authority‘ podcast series (57 episodes over 2015 and 2016) interviewing thought leaders on various topics, and now has started a new series, ‘The Road to CEO‘, where he interviews CEOs all about the job of becoming a CEO and what it’s like ‘in the hot seat’ so to speak.

I was interviewed on both, and was impressed with Jenish’s passion and energy for the podcasting format. He’s become a bit of  a local expert, and can often be seen speaking on the topic of podcasting. Not bad for a Water Corp engineer, who does all this in his spare time.

‘Mark my words’ from Business News.

Mark Pownall and Mark Beyer, are CEO and Editor respectively of WA’s only dedicated business media organisation. The 2 Marks are the most respected business journalists in Perth, and their 18 minute weekly show is a must listen to those who want to keep abreast of what is happening in the world of business in WA.

They’ve been podcasting now for more than three years and have a nice, natural style together. They obviously respect each other greatly and are firm friends and colleagues. Mark P asks most of the questions while Mr B provides most of the detailed analysis, although Mr P also chips in with his perspectives as well. It makes for a really interesting combination, and for those of you who may have missed what’s happened in WA during the past week, it’s a great catch up. I like hearing each other’s perspectives plus a welcome sprinkling of humour. More than you might get in the paper or online, you get to hear why these major stories are the main stories of the week.

As a nice extra, Mark Pownall also records his regular ‘CEO Lunches’ with WA business leaders and puts these out on the same podcast channel. Subscribe to Mark my words on iTunes or Soundcloud or listen to past episodes through the BN website. 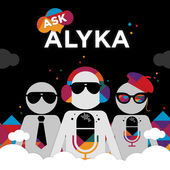 The Subi-based digital marketing agency has recently begun its own podcast, with Alyka cofounder Zion Ong and digital strategist Beth Caniglia talking about a different digital topic, often with a guest in the studio.

These guys go to town, as you might expect, with 3 microphones and 3 cameras recording the action, turning the podcast into a fast-paced lively show available through all the normal podcasting and video channels. Topics mainly centre on digital marketing, naturally, as that is their area of expertise. I was interviewed in a recent one, on the topic of digital disruption, and I was impressed by the laid back style of the pod, and the professional production standards.

If you want to know what’s going on in the digital marketing space, then Ask Alyka is the pod for you. Subscribe on iTunes. 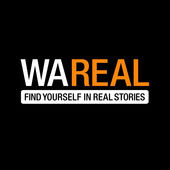 Based on the London version (London Real), WA Real looks to interview real people and get into the real stories behind their life.

A fairly recent podcast, having started last month, UK immigrant Bryn has already posted 7 interviews of between 30 minutes and more than an hour duration, so this one really gets under the skin of the guests, and a deeply personal discussion usually ensues. I particularly enjoyed listening to local comedian Griff Longley, who is the founder of Nature Play, a local not for profit which aims to get kids outdoors with their families. “Kids have to learn how to stuff up! It’s OK to fail and have a go.” As a parent of two, I loved this discussion and found myself saying ‘Yes!’ – which greatly amused my fellow commuters that morning. 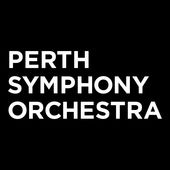 ‘Music on the Move’, from the PSO

OK, a disclaimer upfront here – I am a huge fan of PSO founder Bourby Webster, having known her since uni days, and I’m chair of a PSO technology advisory board.

I also encouraged her to start a blog, and bless her, she did, and it’s great listening. She interviews local or visiting musicians who might be performing in an upcoming PSO concert, and we get to hear what happens behind the scenes, and the motivations and passions of the people who put such a complex live performance together. Listening to Bourby chat with Matt Allen (WAAPA Gospel Choir) 5 days prior to the world premier of ‘George Michael: Faith and Freedom concert’ brought the whole experience back to me, one, I am not ashamed to say, brought me to tears.

Subscribe on iTunes for some classical music food for your brain. Go on, it’s good for you. 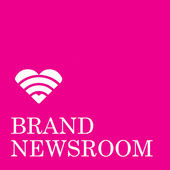 When you have a former BBC and ABC radio host James Lush managing proceedings, you know you’re going to get something polished and professional. That’s not to decry co hosts Nic Hayes (Media Stable) and Sarah Mitchell (Director, Lush Digital Media) who make the perfect team to discuss the main content marketing themes of the day. Their collective experience and wisdom absolutely nail every topic, and they usually have a guest in their studio or online, including one I absolutely loved with Nenad Senic arguing that print was not dead, and could do way more things than digital can, in some cases. 160+ episodes in, there is a tremendous amount of great content in their back catalogue to listen to. 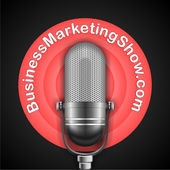 I’ve got to know Ed over the past years as we are both eGroup members, an association of internet entrepreneurs and managers which meet first Tuesday of every month to discuss all things digital. He interviewed me on this podcast back in March 2017, when I was CEO of Business News, and he has a lovely way with his guests, laid back and chatty. Ed keeps the whole thing real, without worrying too much about fancy production tricks. It’s a raw interview, plain and simple, and some great content. He has built up quite an impressive audience with around 5,000 listeners per show, with more than 70 podcasts over the past 3 years.

If you want to know more about SEO, SEM, remarketing, online video, … for small and medium sized businesses, this is the one to subscribe to.

So, I hope that inspires you to subscribe to these local WA podcasters, and give them a bit of love and support. More importantly, listen and learn. And if you like a particular podcast, don’t forget to go in and give them a positive review. It really makes a difference in their pods being discovered by others. 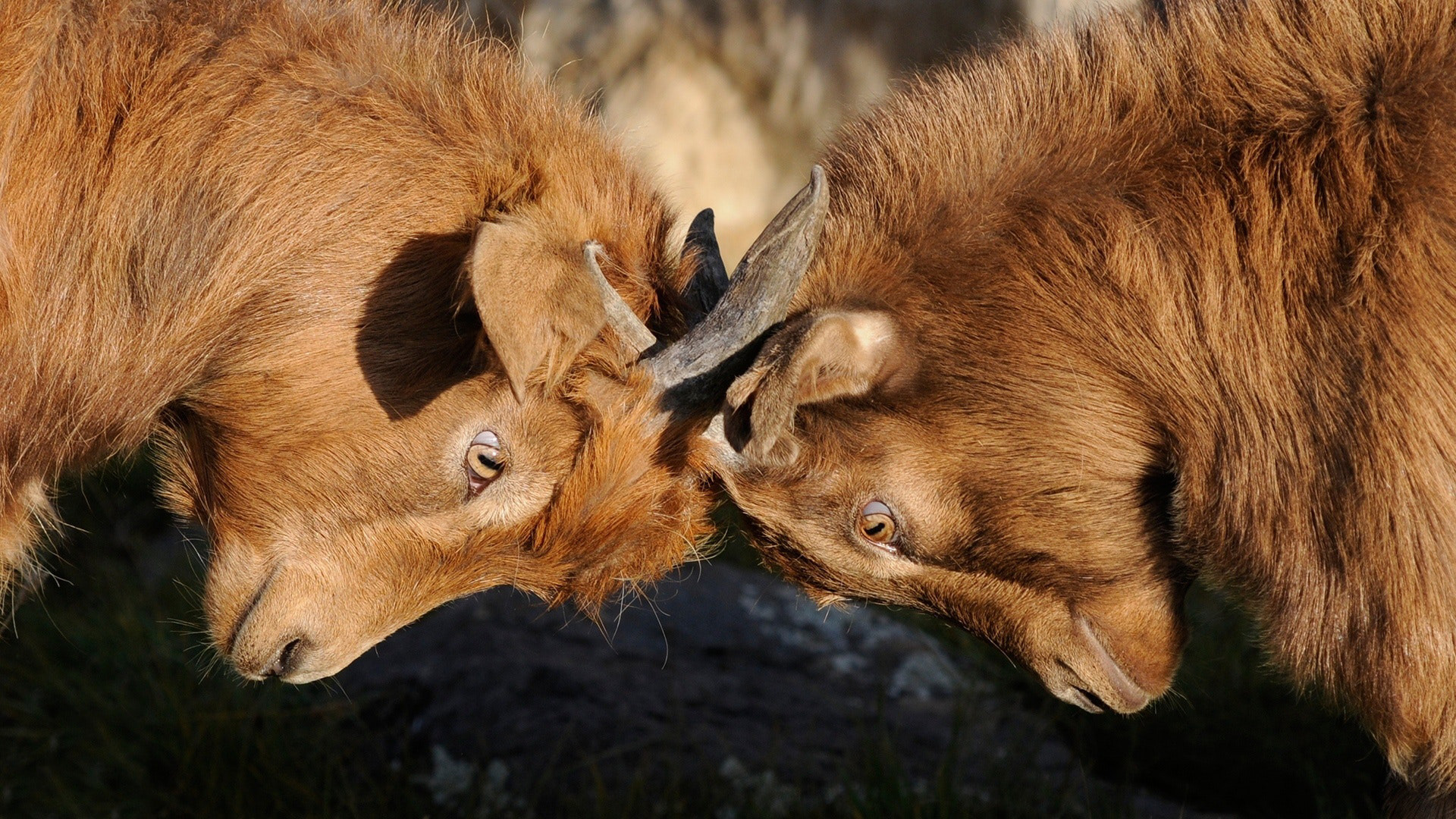